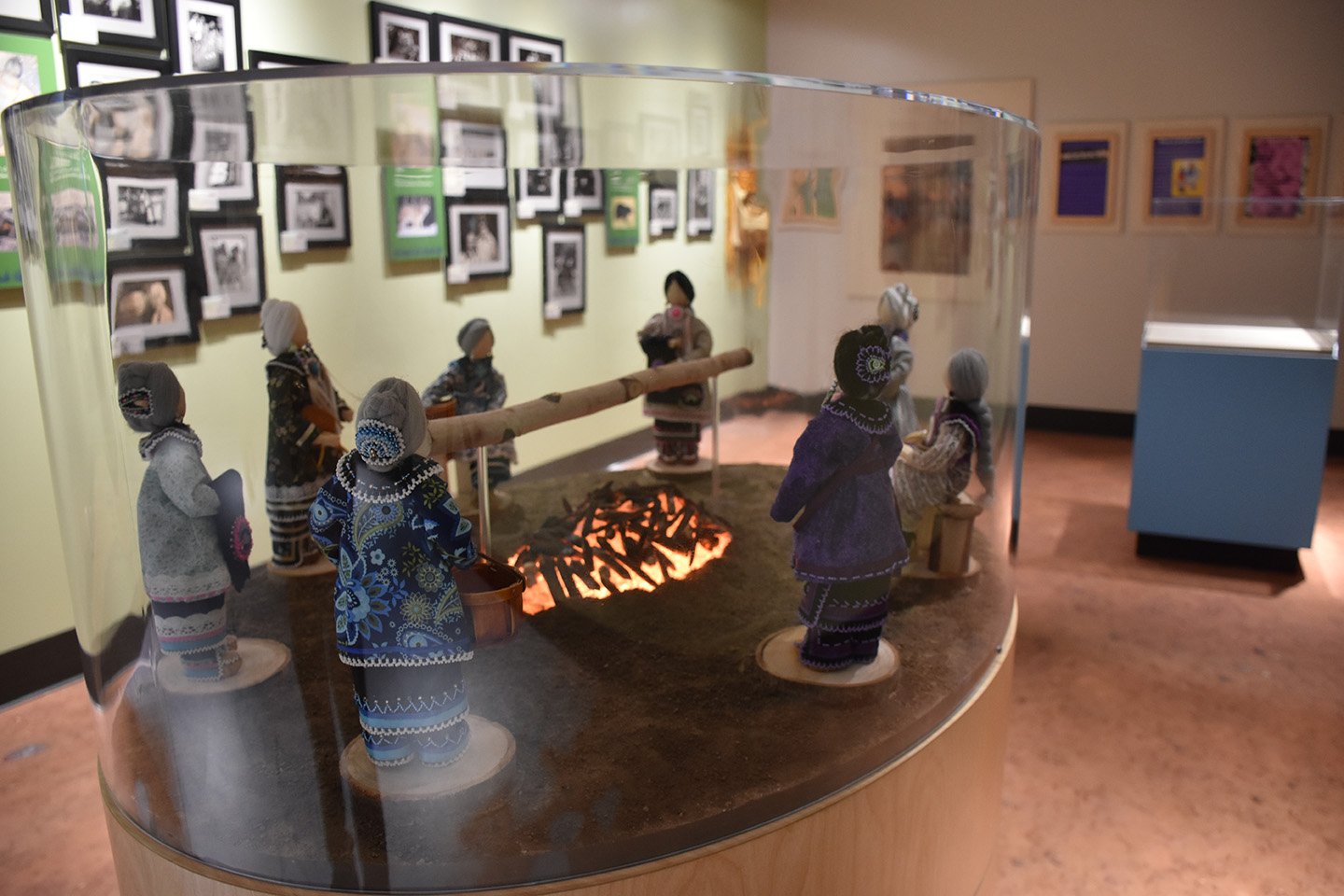 The Seneca-Iroquois National Museum has permanent exhibits which include the clan animal display, a rebuilt log cabin, and a large Gustoweh traditional headdress to learn what it means to wear one.  Iroquois traditional materials, (baskets, corn husk items, beadwork, silverwork, etc.) prehistoric artifacts, and modern Iroquois Art are also on display.

Special exhibits rotate, with the Kinzua Dam exhibit still displayed.  The Kinzua Dam Exhibit displays the results of the construction of a Flood Control Project by the U.S. Army Corps of Engineers in the 1960's.  The Allegany Seneca's lost over 10,000 acres of their homeland; leaving scars in the land and culture that persist to the present.

A "Living Artists" series is held throughout the year, wherein Iroquois artists demonstrate and sell their traditional art of craft.  The Museum Gift Shop offers a wide variety of educational materials on the Iroquois nations, as well as an assortment of traditional, hand-made crafts.

The Seneca Nation is one of the original Five Nations of the Hodinöhšyönih, or Iroquois Confederacy.  The union later became the Six Nations after Tuscarora was included.  The Seneca controlled trade and traffic at the Western Edge of the Iroquois Territory, which is why they are referred to as "Keepers of the Western Door".

Historically, the Seneca lived in longhouses, and their culture is defined by the clan system.  There are eight clans among the Seneca, divided into animals: Bear, Beaver, Turtle, and Wolf; and the birds: Deer, Hawk, Heron, and Snipe.  Clan membership is matrilineal - it is passed on to children through their mothers.

The Seneca would hunt, fish, farm and gather their food. Staples of the Seneca crop and diet were corn, beans and squash.